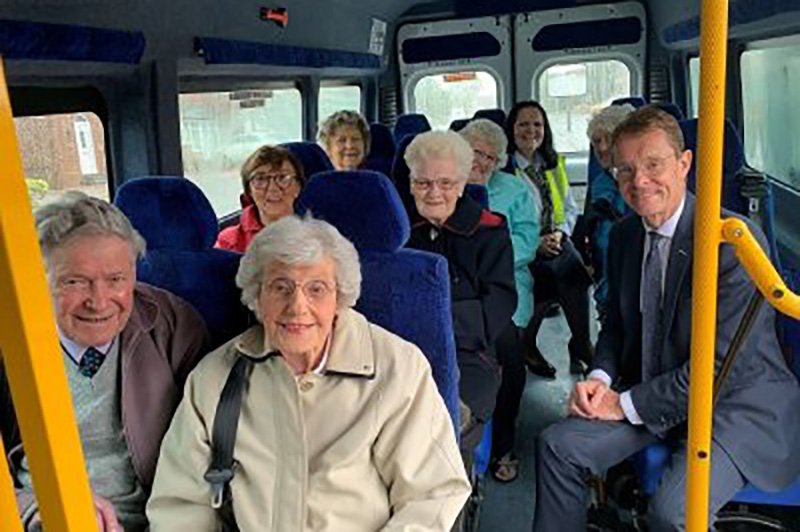 A new contract to secure the future of a door-to-door transport service for more than 12,300 registered users in the region has been welcomed by the West Midlands Combined Authority.

Ring and Ride is an accessible service for people in the West Midlands who are unable to use conventional public transport due to mobility issues or social isolation.

Customers can now expect to see improvements in the service after bus operator National Express West Midlands took over its contracts this month through its wholly owned company, National Express Accessible Transport (NEAT). The former operator, ATG, collapsed into administration in March.

The Ring and Ride service, which was a registered charity, had been supported with £7.1m of funding per year from Transport for West Midlands, which is part of the WMCA. The WMCA continued to provide the funding during the months of administration, which enabled the service to continue running.

ATG also ran the Travel Assist school transport service for Birmingham City Council, for children and young people with special education needs, and this will continue under NEAT. Now all 600 staff have transferred to the new company and, as National Express West Midlands is a Real Living Wage employer, some have even received a pay rise.

Andy Street, the Mayor of the West Midlands, travelled on a Ring and Ride service last week, where he met regular users to explain the positive changes. The Mayor said:

“It is great news that National Express West Midlands has taken over the Ring and Ride contract. Not only will the takeover mean business as usual, with users of the service making bookings the same way and dealing with the same staff, but there will also be improvements for both users and staff.

“I look forward to TfWM working closely with National Express to make sure the Ring and Ride service is the best it can be, especially as we look towards the future and embrace new technology.”

“We’re very happy to have been able to safeguard 600 jobs as well as these vital community services. It’s a matter of great pride that all our new colleagues are now being paid the Real Living Wage.

“We’re already investing in world-class training alongside new technology and improved vehicles, to make the Ring and Ride service even better.”